Hazard of the Job 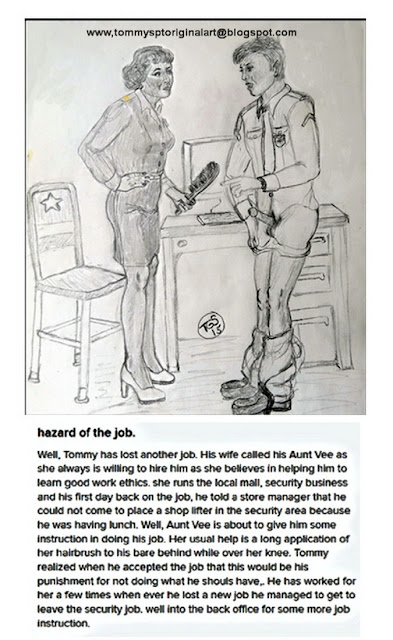 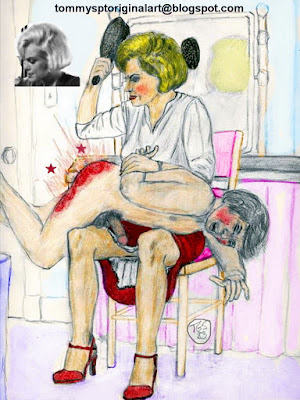 Getting Put Over Her Lap 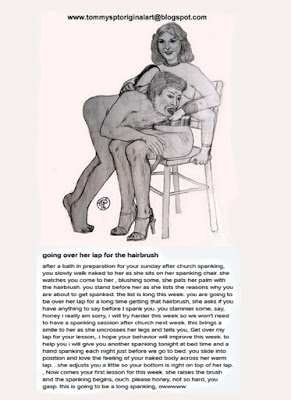 i am sure you will not do that again. 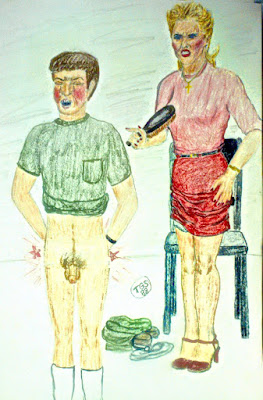 I am sure you won't do that again.


My first boss after High school. She was a nice lady and she took an interest in teaching me my new job. I screwed up once and she scolded me in the back office and told me to be careful as she did not really want to have to take stronger steps. I thanked her and told her I would never do that again. A few days later she came out of the office, and she told me to come see her during my break at 3 o'clock. Right on time i knocked on her door and she told me to come in and close the door behind me. She stood up and told me that I had messed up again in the report on my last sale. you will agree for me to discipline you or you will walk out of here and never come back. I told her I would accept her discipline. At that she stood, walked to a chair off to the side of her desk.picked up a hair brush, i had noticed in her office the last time I was in to be scolded. She set herself down and adjusted her skirt. she looked at me, Drop your pants and underpants to your ankle and come get over my lap. Any more screw ups and you will be back here again. Now get over, You will learn or you will get spanked, Wow, did she spank hard. I actually cried like a 10 year old. She told me to take a clean up face sheet and wipe away the tears., pull your pants back up and get back to work.. Any more screw ups you will be right back over my knee for another spanking. As I was leaving , I thought to myself about how great a boss she is going to be because she is everything I had heard about her as a spanker.. 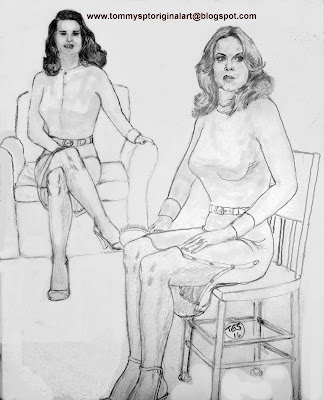 
A friend of mine had noticed lately I was drawing tv and movie fantasy's, I would like to see. He mentioned Bewitched star Elisabeth Montgomery.  So here is the result.   Darren had blamed an account he lost on the new secretary Josie.   As she knew Samantha, she called her to tell her what had happened.  She called Darren and accused him of being unfair to Josie.  Darren, knowing what happens when he lies to Samantha, he confessed it really was his fault and that he felt bad.  He would go see Larry (the Boss) and get it straightened out.   Samantha told him he better and that she had invited Josie for dinner tonight and he could tell her there that he had gotten her job back and he would apologize to her after supper just before his spanking. "Honey, you can't spank me in front to her, I will die of embarrassment". "You know that when I spank you , you don't die.   You do blush some, shed some big tears, but you backside always blushes more.  No, get her job back and we will see you tonight at supper, or I will send my hairbrush to see you and teach you a lesson right there at work.. You know I can and will.. See you at Dinner." 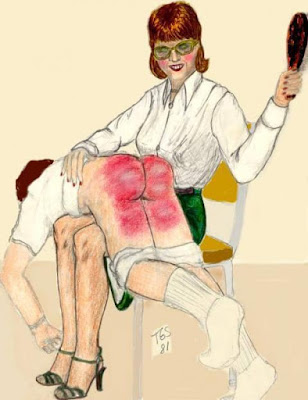 A multi media drawing I made after Pam was a little bit older.  I don't remember why I added those awful glasses.  This was started in water color but then I changed to color pencil so I could get it published to Flickr.com and also to Versali pages.  I hope you like it.  I sure do.

This is another art peice showing my fantasy.  I do in no way suggest that Pam Dawber would participate in this activity at all.  It is just a fun fantasy of mine.  Artwork by Tommyspt for his blog.
www.tommysptoriginalart@blogspot.com
Posted by tommyspt at 12:09 PM 13 comments: