Your Definitly Not Too Old 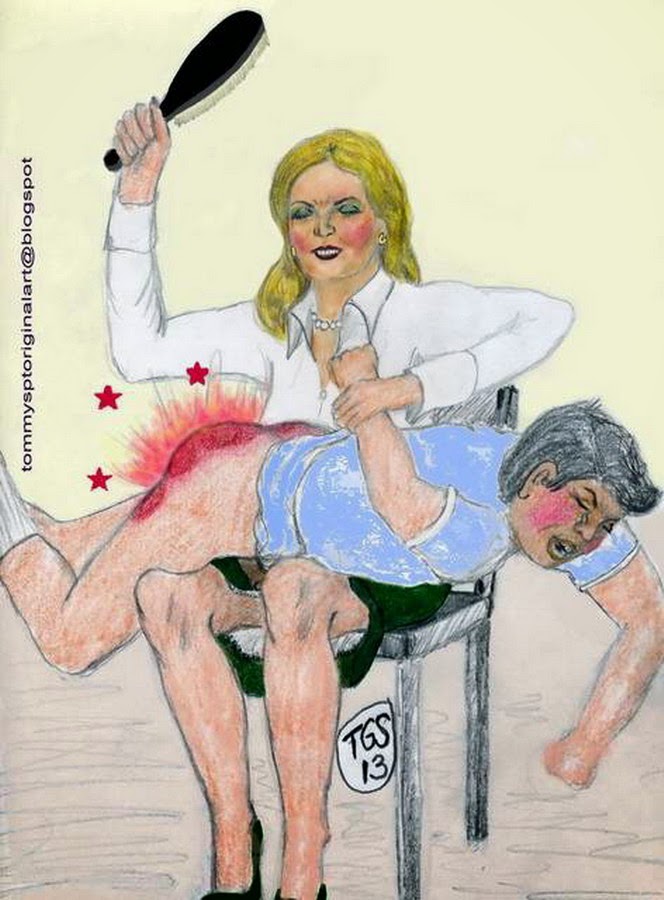 You are Definitly Not too Old 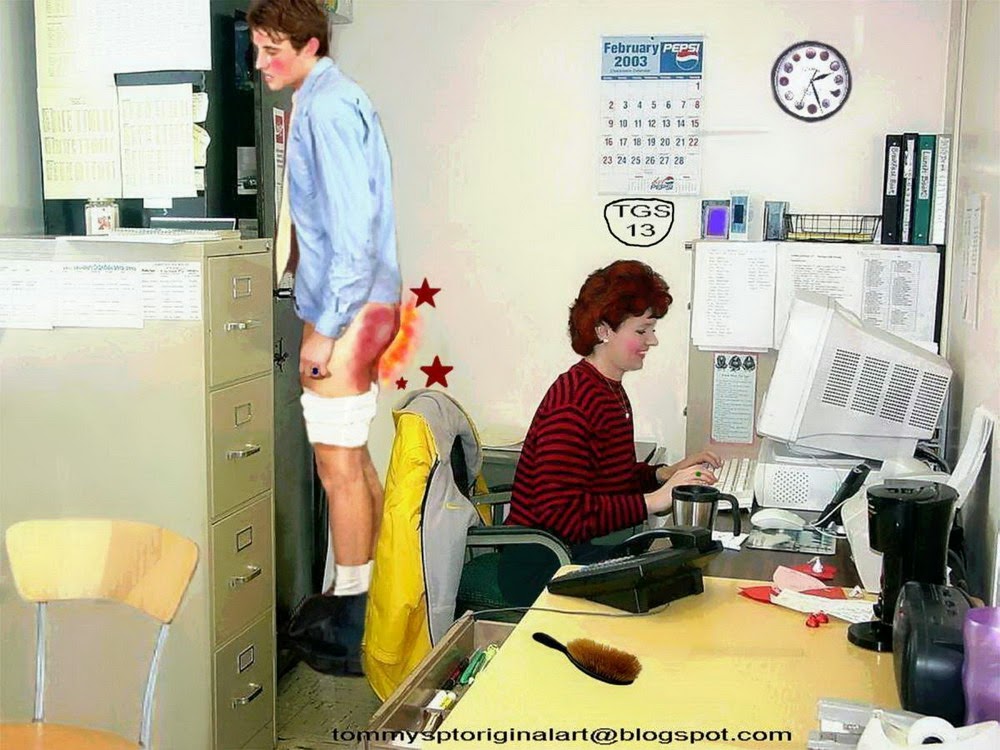 She looked to my Mom and said I think he is ready for me to finish the spanking.  Mom came close and told her, “Yes, fifty hard and fast with the intention being the sit spot”.  Ms Ryan lifted the brush way up and started smacking.  I held my end by screaming, begging and squirming.  After 20 very fast ones I had just been worn out.  I just lay there sobbing and trying to breath normal.  After the fifty smacks were finished she told me to stand and go to the quiet spot and put my nose to the wall and think about why your were spanked.  In a few minutes we will go over why and how you can avoid further sessions.  I hobbled there and did what she told me.  Mom and Ms Ryan sat and chatted for a while and then called me back.  I had thought hard and I listed all of the things I had done wrong and then they told me that was good.  Ms Ryan said that Mom and her had talked over about my job and that I would be allowed to keep it but they wanted to know how I was going to avoid future problems.  I told them that I would respect the sales representatives and try to always be polite.  Ms Ryan and Mom both agreed that that would be a help.  Ms Ryan said that I could pull my pants up again and that I should know that my Mom was giving her that old hairbrush and that she would keep it in the table drawer.  Any problems would be dealt with that evening after work and if I didn’t completely cooperate Mom would be glad to come in to give me a double spanking if needed.  They both said, “do you understand, this past behavior is not going to be capable for you at anytime. Now come and give us both a hug and thank us for caring enough to discipline you”.
Posted by tommyspt at 5:04 PM 5 comments:

Mom Teaches Auntie How to Spank 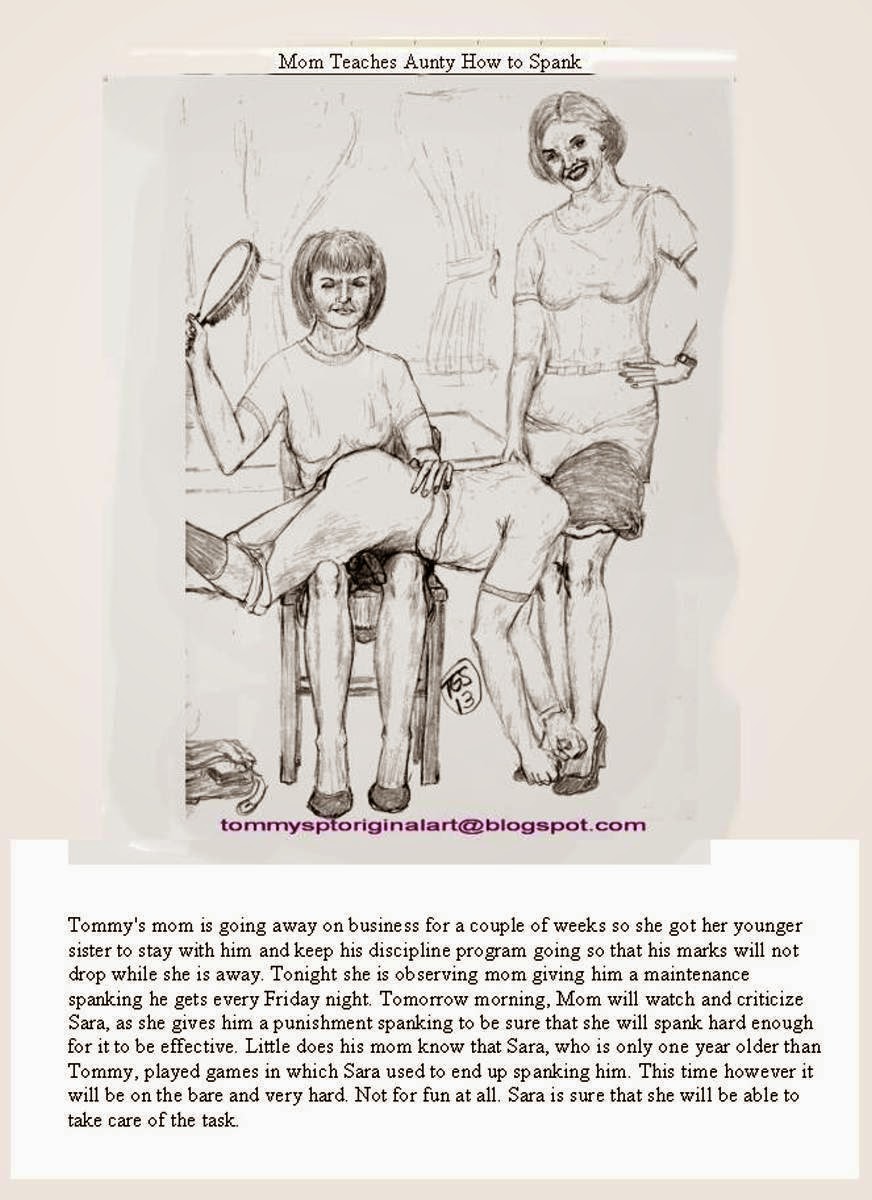 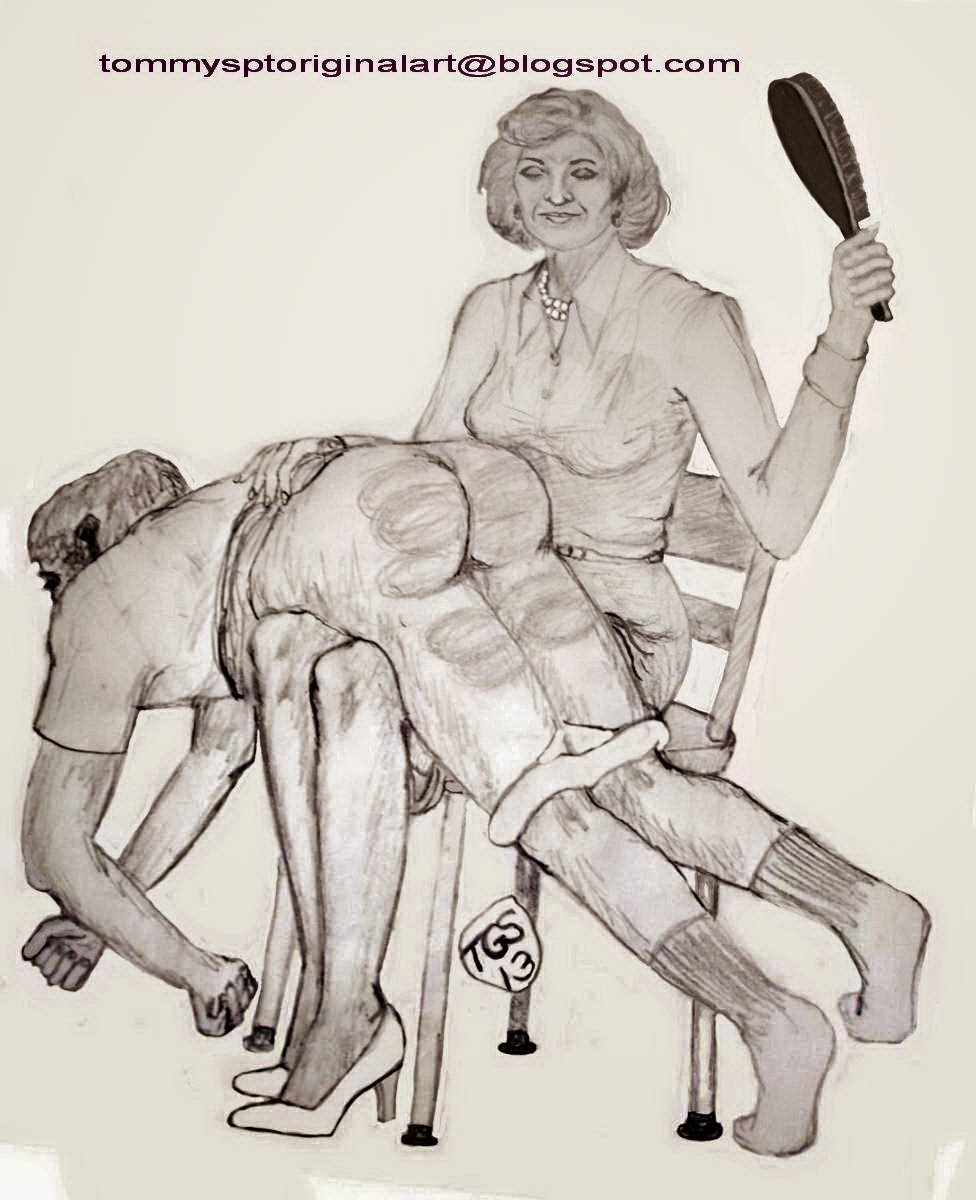 This is actually a prequel to the spanking drawing that I included with this story.  I think Tommy is going to be needing a lot of spanking to get him so he can be on his own again sometime in the future.  Who knows, maybe his mom will pick an understanding girl for him.