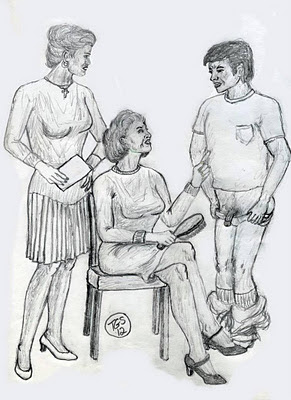 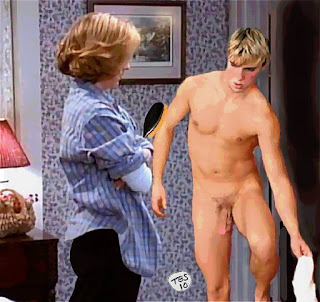 I felt her shift slightly and then that brush landed with the first whack.  I yelped and gripped the rails of the chair harder.  Then the spanking really took off.  My bottom was blazing and I was crying after just a few spanks.  She was really letting me have it as I had never seen her as angry as she was when this spanking started.  After a while she started to lay off a little. I was sobbing and not moving at all.  She added some extra hard spanks to my upper thighs and i suddenly came back to life and started pleading again. finally she stopped.  She had to help me off of her lap.  I stood by the chair, waiting for her to say ok you can rub some now. finally she did and then she giggled.  "You very much deserved this very hard spanking that you got and you had better remember it well.  If you ever tell me that you did something because you were embarrassed to tell you friend that your wife wanted you home tonight you will get the same or worse again.  Ok, now lie down on the bed as I am going to rub some cream into your bottom because tomorrow night you will be getting spanked by your mom, Ms Snierson and myself.  I am smiling because looking at you now, I can see that naughty little boy that was let off his moms' lap after a long taste of this hair brush.  You actually look very cute with you bottom bright red and your face all red with tear streaks."  I started to say something but  managed to stop myself.  My bride looked at me and said, See, you are learning already.
I climbed on the bed and she gently rubbed in some lotion.  She asked if I would like the covers pulled up and I said, "No the cool air feels good and cool on my burning bottom.  She said that she would come in and check on me in a little while and that I was to stay in bed unless I had to go to the bath room.. She stood at the door waiting,  I quickly added, "Thank you dear, for caring enough to discipline me when I need it."
She turned off the light and threw me a kiss. and closed the door.


This is a fake art that I produced from pictures taken from the web.  I have over painted the persons in it as it is an art work and not an actual drawing.  I hope you like it.
Posted by tommyspt at 8:17 AM 5 comments: