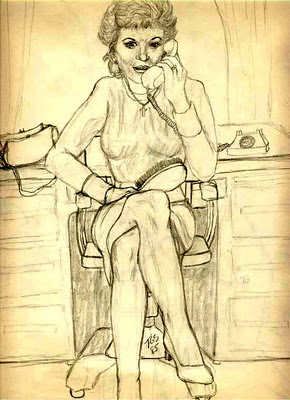 This story is pretty much true,  time tends to streach the truth a little and memories get a little clouded in times.  yes Miss C is the same lady in the reunion story a couple of blog pictures earlier.  I am redoing my studio and i have found some of my old drawing pad and this picture i drew of Miss C was in the pad. I processed it and hope you enjoyed the story and the drawing.  I hope to be creating new drawings again by the end of next month.  I will update with more of the old drawings as i find them.
Posted by tommyspt at 10:14 PM 3 comments: